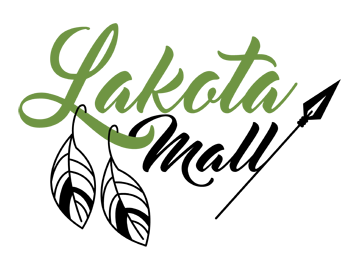 Lakota Mall is a single person run website dedicated to the Lakota people of the Great Sioux nation.

As an individual fascinated by the Indian tribes who live in the United States, I find it essential to have an informative website that contain details about these people who have a rich culture, civilization, spirituality, and a history. The Lakota out of all these tribes have fascinated me owing to the fact that they were great warriors, hunters, nomads, and family men. Here you will find a comprehensive account of all the aspects of the Lakota people’s life, culture, and heritage.

Lakota people’s ancestry and history will be detailed in the first section. Who they are, where were their origins, what was their habitat, migration of the tribe throughout the years, battles they fought against the other tribes, and the life long struggle they had against the US government and its merciless policies are all detailed for you to get a better picture of the people.

The next section deals with the other tribes that live alongside the Lakotas, their common traits and lifestyle habits. The Great Sioux nation is home to many Native American tribes of similar origin and most aspects of their lives are touched in this section. Additionally, the popular Indian tribes living in the United States and their lifestyle are detailed in a subsequent section. The Oglala Lakota tribe which is a distinctive Lakota band is given special attention owing to its uniqueness.

Also, you will find information about the religions practiced in the region and detailed accounts of the popular rituals performed. Their unique cultural values, their food recipes, the languages they speak, and common names associated with the tribe are also described in other separate sections.

Buffalo hunting and fur trading was an integral part of the Sioux people. Hence, we have dedicated a separate section to detail how the buffalo was revered and utilized in most aspects of the tribal life.

As a respect to the leaders who guided the tribes through troublesome times in history, we have elaborated on the lives of a few of the greatest Lakotan leaders. The American Indian Movement (AIM) founded by Dennis Banks and other tribal leaders is also remembered and how they fought to preserve the rights of the Native Americans, the famous protests and struggles are detailed in a dedicated page.

We have not forgotten the present day people who serve the tribe and strive to take the tribal voice to the world. You will find separate sections which detail the efforts made by the KILI radio station and the Porcupine Clinic for the well being of the Lakotan people.

All in all, Lakota Mall will be a great place for the Native American fan to be informed, read, and get to know about the traditions, beliefs, history, and lifestyle of a great people who have lived through harsh times, preserved their cultural beliefs and values, and survived to tell their story.