History And Ancestry Of The Lakota People 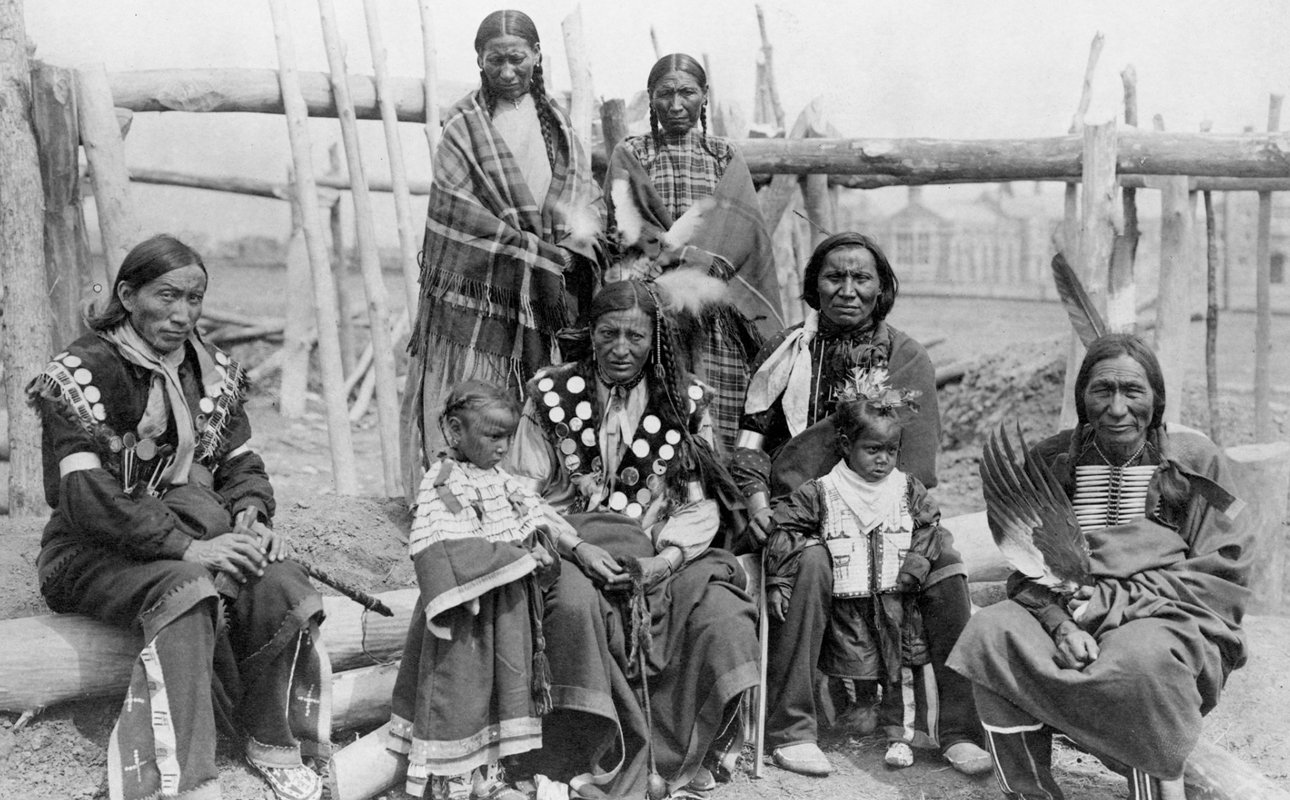 The Lakota people or the people of Standing Rock are one of the first original Native American tribes who inhabited the North Americas before the arrival of Europeans. Often referred to as the Great Sioux Nation, these people can be divided into three distinct groups based on the language and geography; Dakota (Santee, Eastern Dakota), Lakota (Teton, Western Dakota) and Nakota (Yankton, Central Dakota). “Dakota” and “Lakota” means “friends” or “allies”.

By the end of 16th century these tribes were living in the upper Mississippi river region (present day Wisconsin, Minnesota, Iowa and the Dakotas).

The Lakota people were a founding group of the seven council fires which consisted of seven tribal bands; four Dakota bands (Mdewakanton, Wahpekute, Wahpeton, Sisseton), two Nakota bands (Yankton, Yanktonai) and a Lakota band (Teton). They also are considered the largest division of the great Sioux and has seven sub divisions called Ti Sakowin or the Seven Tents; Sicangu (“Burnt Thighs”), Oglala (“Dust Scatters”), Hunkpapa (“End of the Circle”), Minneconjou (Planters Beside the Stream”), Sihasapa (Blackfoot), Oohanunpa (Two Kettle) and Itazipco (Without Bows). Each of these Sioux divisions and sub divisions has important linguistic, cultural, political and territorial differences.

In the late 17th century, the Lakotas who were living in the upper Mississippi region were forced to the Great Plains on the west of Mississippi and then to South Dakota due to the tribal wars occurred over the fur trade. As renowned buffalo hunters, war over buffalo fur was inevitable among the tribes of the Sioux.

Ancient Lakota history is depicted in the pictorial calendars famously known as “Winter Counts” which are seen on hides. It is said that in around 1730 horses were introduced to the Lakotas by the Cheyenne people and they called the horses “dogs of power, wonder or mystery”. After this, the Lakotas became fierce buffalo hunters riding on horseback. In around 1720 the Lakota split into sects and scattered in the region but later by about 1760 they relocated in close proximity on the east bank of the Missouri river. However, they couldn’t cross the river for over a decade due to the influence of powerful tribes Mandan, Hidatsa and Arikara. Ending the long wait, in 1780, after the great small-pox epidemic killed three quarters of these powerful tribes, the Lakota crossed the river and settled in the grass prairies of the high plains. By 1775 all the Lakota sects were settled in the high plains and a year later they defeated the Cheyenne people and captured the Black Hills (Paha Sapa) and made it their home.

The Lakota are a very strong and fierce tribe with legendary warriors and the battles and treaties that took place between the Lakotas and the United States’ Government have a long and popular history. First recorded incidence was the Lewis and Clark expedition in 1804 where the Lakotas did not allow the explorers to head upstream the Missouri river and the conflict ended without casualties after a standoff. The southern Lakotas, in 1843, attacked a village owned by Pawnee chief Blue Coat in Nebraska and killed many and burned their lodges down.

In 1851, the Fort Laramie Treaty was signed between the Treaty Commissioners of the US and the Indian Tribes, with the US acknowledging the land as Indian Territory and the natives assuring safe passage for Oregon Trail settlers.

However, Lakotas and other tribal bands attacked emigrant trains and settlers which attracted a vengeful hit back from the US Army in 1855 under General William Harney, killing more than 100 Lakotas. What followed was a chain of short wars which resulted in even more chaos as refugees started fleeing west increasing illegal settlement causing war yet again.

The next battle was over mining in the Black Hills by the US government. The Black Hills were sacred to the Lakotas and they were against mining. The US Army waged war against the Lakotas along the Bozeman trail and the Oglala chief led the Lakotas to a famous victory in what was called the Red Cloud’s war. This resulted in the US signing the Fort Laramie treaty of 1868 prohibiting white settlement in the Black Hills.

Similar incidents and short wars over them followed in the years that followed and the US army expanded in numbers overtime. The strengthened US army defeated the Lakotas in a series of wars called the Great Sioux War which ended in 1877 confining the Lakotas to reservations. And in the same year, some bands of the Lakotas conceded the Black Hills to the United States in a controversial treaty.