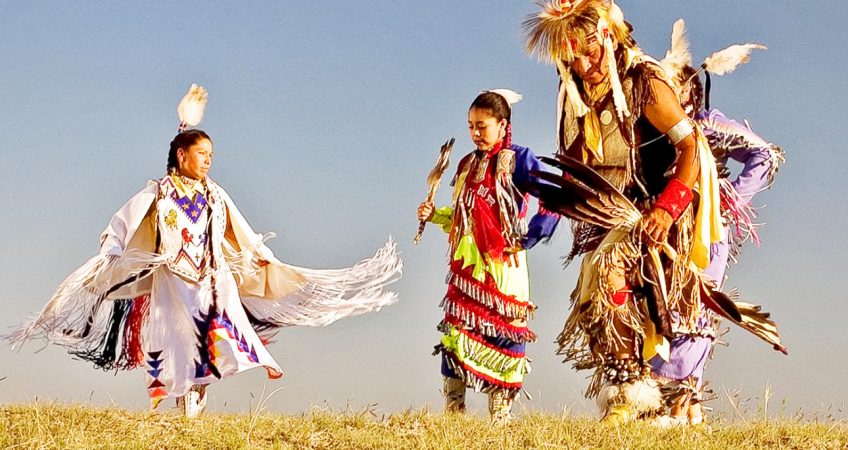 Lakota Sioux And Other Native Americans

Surviving on Bison & Buffalo hunting and gathering, these people tracked buffalo movement and followed them.

They relied heavily on the American Bison for food, clothing, knives, cups, and decorations. Buffalo hunting was an integral part of their lives as buffalo fur trading was one of their main sources of income.

After horses were introduced to the region, people incorporated them into their day to day life and started hunting buffalos on horseback.

About 500 years before, the Native Americans were the only people living in the North America and in 2006 they were less than 0.8% of the total population; Navajo, Cherokee and Lakota being the only remaining large tribes.

Along with the other smaller tribes, the Native American population amount to around 2.5 million as of 2006 demographical data.

The Plains Indian life and culture was first detailed by the Spanish explorer Francisco de Coronado in 1541. According to him, they lived in tents made of the Bison’s skin, dried the hunted flesh in the sun and seasoned it with fat, and filled large cow guts with blood to carry around their necks to quench the thirst. For food, most of the tribes relied on Corn, Beans and Squash (the Three Sisters). A variety of dishes were made using these three food articles. Also, fire-toasted fresh meat made up a large portion of the Native American diet. They drank broth and herb flavored water as well.

Native American religions were different from the European ones in that they were passed on from one generation to another orally. However, as most European religions, there was a common theme that evolved around a creation story and these stories varied from tribe to tribe. These spiritual stories, stories depicting lives of heroes, stories focusing on the sun, stories related to a clan’s history, and the mythological stories formed the bulk of the folklore of the Native American tribes

Music was an integral part of the Native American’s life. Voice plays an important role and percussive instruments and wind instruments were the major classes of music instruments these tribes used.

Role of the women were different from that of men in these tribes, but they were not considered inferior. Women owned the houses and due to this reason, men who were harsh to their wives were sometimes left homeless. They were not very much engaged in political life but were found in advisory positions. In plain Indian tribes knowledge of traditions were kept with women and it was their responsibility to preserve and teach them for the next generation.

The non nomadic Indians who lived in villages relied on agriculture for their livelihood. The main crop was corn and beans and squash were the other major contributors. Sunflower, Tobacco, and plum were also cultivated in the wild. Farmers planted food plants that resisted droughts and lived short seasons as they did not use irrigation.

The plain Indian tribes were great warriors and fought many battles in the 18th century against the US Army which ended in victories. They were considered the tallest people on earth at the time.

Often, these Plain Indian tribes are regarded an archetype for Native Americans all over the country.