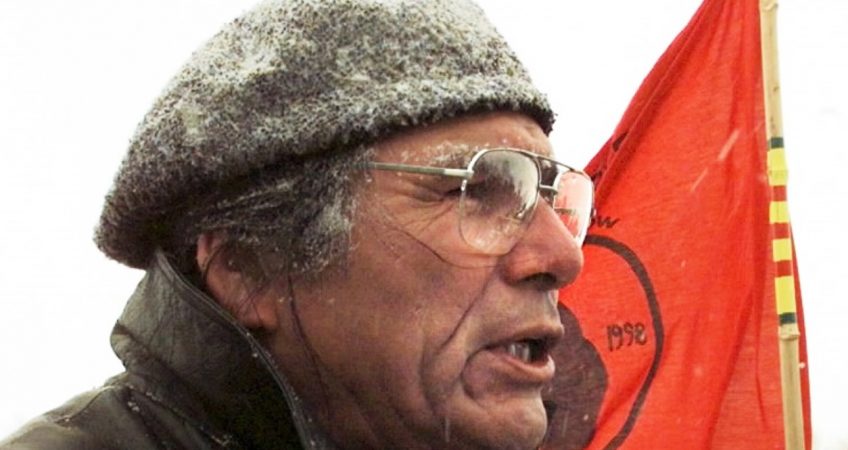 Dennis Banks was an activist, author and a teacher who belonged to the Native American Anishinaabe tribe. Born on the 12th of April 1937 in Minnesota, he was raised in the Leech Lake Reservation. He married at the age of 25 and had seven children with his first wife and 4 kids with his second wife. After joining the US Air Force he was sent to Japan. In Japan, he married a Japanese woman and had a daughter with her.

He was known as Nowa Cumig (in the center of the universe) among his tribesmen and the Native Americans.

Dennis Banks is known and revered as the co-founder of the American Indian Movement (AIM) which fought for the civil rights of the Native Americans residing in urban regions and addressed issues related to sovereignty, spirituality, treaty issues, racism, and police harassment. AIM was founded in July 1968 in Minneapolis when the Native Americans were persecuted by the US government using the Indian Termination Policies enforced in the 1950s.

AIM joined the Rainbow Coalition organized by the Afro-American activist Black Panther Party in Illinois in the late 1960s. They expanded their scope from civil rights to addressing human rights violations and attracted attention from leaders like Martin Luther King Jr. and Malcolm X. In November 1969, AIM took part in the occupation of the Alcatraz federal penitentiary, organized mainly by Richard Oakes and the Indian of All Tribes movement.

Richard Oakes was murdered in 1972 in Santa Clara, after the occupation which resulted in many Indian protesters rally on a march to Washington. In 1973, followers of the AIM and about 200 Oglala Lakota members seized the Wounded Knee town in South Dakota and occupied it for 71 days. Protesters accused the US government for not fulfilling the treaties with Native Americans and demanded they renegotiate the treaties. WE marshals and the FBI was deployed and the Indians too were armed. This protest is famously known as the Wounded Knee Incident.

Over the years since its inception, AIM has advocated indigenous American rights and inspired many within the United States as well as many outside. Dennis Banks passed away a few weeks ago on the 29th of October, at the age of 80.